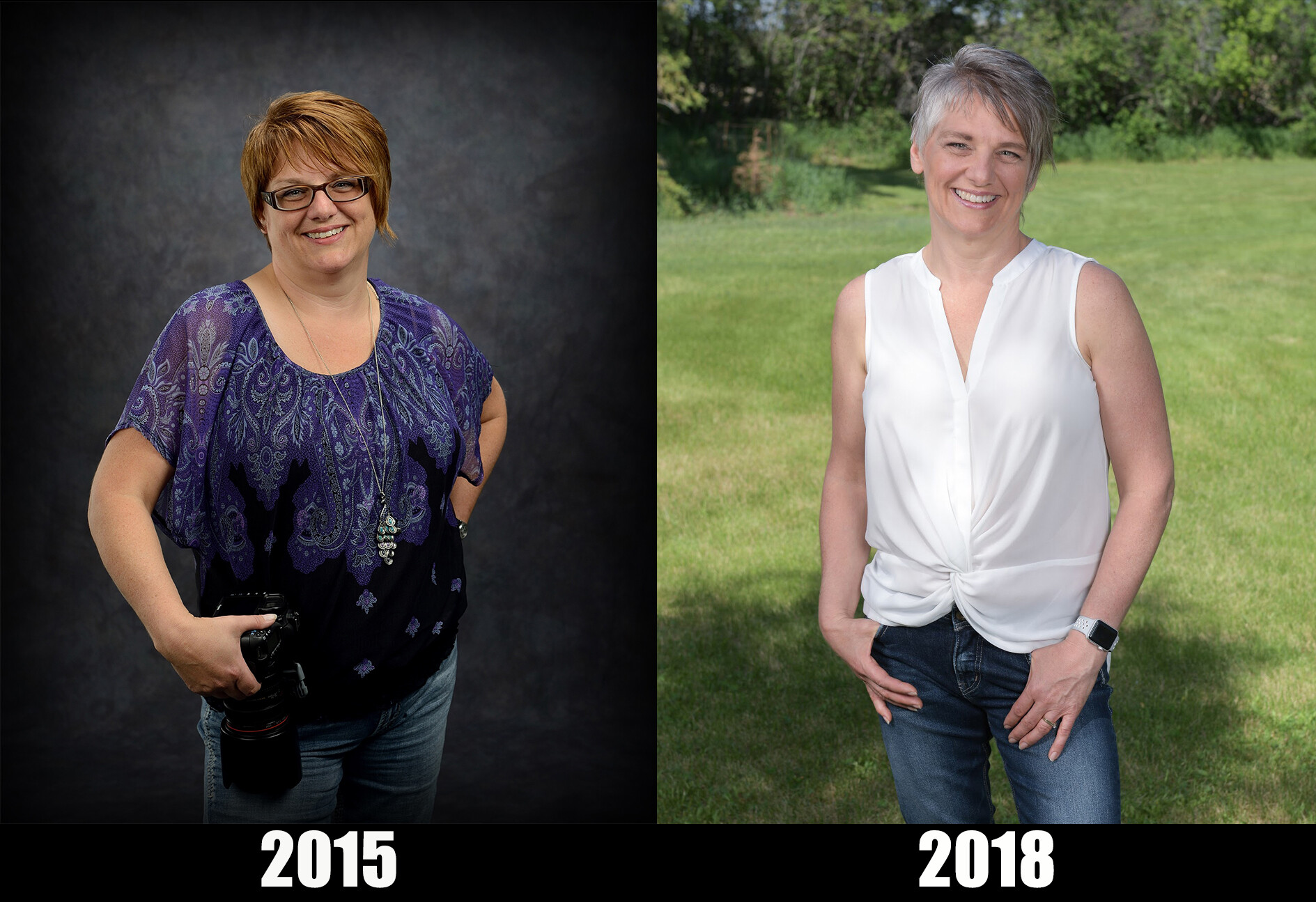 Changes do happen if you put your mind into

Tell me if any of this sounds familiar…

Just a few years ago, I was living with frustration, pain, and embarrassment because of my health.

Frustration because I didn’t know how to make it better.

Pain from irregular bowel movements and extreme bloating and cramping.

Embarrassment because I never knew when an attack would happen so I made excuses to avoid being somewhere awkward when it did.

I was hiding in humiliation, missing out on important life events, and feeling dragged down and miserable with low energy and brain fog.

And the most frustrating part was that I was trying to eat healthy & took supplements! But no matter what diet I tried, I was still stuck in the bathroom with debilitating digestive issues that stopped my active life in its tracks. I wanted to scream, “This isn’t fair!”

Finally, in 2015 I found a naturopath and talked to her about every gory detail of my ongoing bathroom saga. It was controlling my life and something needed to change. Now!

My doctor began to suspect certain foods & a gut infection might be the culprit. I was already gluten-free & milk-free because of a gluten intolerance, but I hadn’t thought other foods--things other people could eat without a problem--might be causing my body to revolt.

She started me on a special diet to kill off candida, which is a yeast overgrowth, and began the process of removing foods that might be causing the inflammation and extreme symptoms I was wrestling with.

After one month, I walked back into her office with my head held high.

My skin had a healthy, new glow. My brain was more clear. And best of all, the bloating and cramping had almost disappeared. I was ready to reprogram my gut and return to a healthy normal life.

However, that was just the beginning of my journey. And while I hadn’t expected to make drastic lifestyle changes, the results were undeniable.

It was time to go all in. I began to work on my mindset and personal development. I listened to my doctor and did everything she said as we worked to find my exact “kryptonite” foods--those ones I needed to avoid because they wreak havoc on my gut health. And I started taking steps to remove toxins from my environment.

None of this happened overnight. It was a series of small steps toward major lifestyle change.

In 2015, I lost 50lbs, mostly while on the candida diet. I was already gluten-free, but I also took out all sugar (even fruit), artificial sugar, most starchy foods, corn, soy & processed foods. After 2 months I was allowed to have many foods back, but I never really brought back sugar, corn or soy. Why bother, I felt great and I did not want to go back to who I was. A year later, I went off of all grains and nightshades (potatoes, tomatoes, peppers, etc.) for a whole year.

With my doctor’s help, I unmasked my archnemesis… the good old potato. Other foods like gluten and dairy were also culprits when it came to inflammation and pain, but it turns out my “kryptonite” is your garden-variety potato. Who knew?

I know it’s discouraging to discover a list of foods you can no longer eat. But I also know it’s worth making those changes that result in being able to live your super-charged life! And remember, as your gut heals you may even be able to add some of those foods back into your diet. You’ll learn what works for you as you go forward in your journey.

Want to learn more about finding and overcoming your “kryptonite?” Let’s talk about how you can get out of the bathroom and start living your life!

In 2015 I lost 50lbs, most of which was in 2 months when I was on the Candida diet. I had already been off of Gluten for about 6 years and stopped drinking milk for about 15 years.  When I first went gluten Free I lost about 20 lbs but it back on slowly when I discovered the gluten-free aisle.
The middle picture and the end pictures are only about 1lb difference. In the middle picture, I had already lost 50 lbs, after that, I went off of all grains for a year and nightshades. They both turned out to be issued but mostly nightshades.  I can eat rice, just not every day but potatoes are one of my Kryptonite's, (Gluten and Dairy are the others).  You can see all the inflammation (and fat) around my midsection, it was amazing to see how that went away by mostly removing those foods.  I did start exercising as well but not that much.
I also used to have a lot of low back pain and every time I went to the chiropractor he had to adjust the spots that are connected to my stomach and my colon.  When I cut the food out my back pain, and most of the other pain I had, went away.  Without exercise. In fact, the middle picture was taken at a fitness class at the Young Living Convention in Calgary.  I thought it was going to be a yoga class but instead, they had us doing a boot camp kind of thing.  That started my journey to moving my body.  I did not die that day, so I started looking for ways to get more active.
Learn More 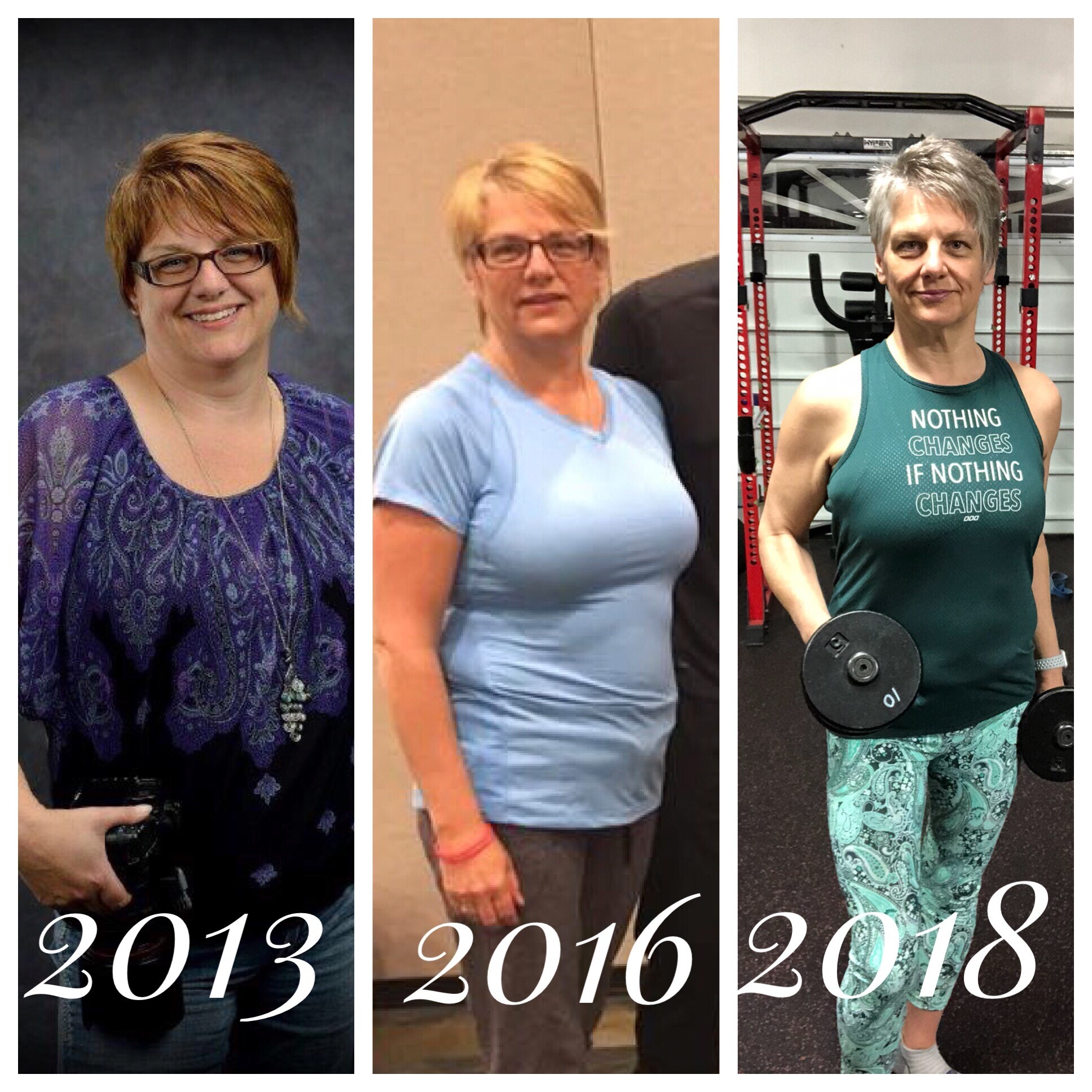 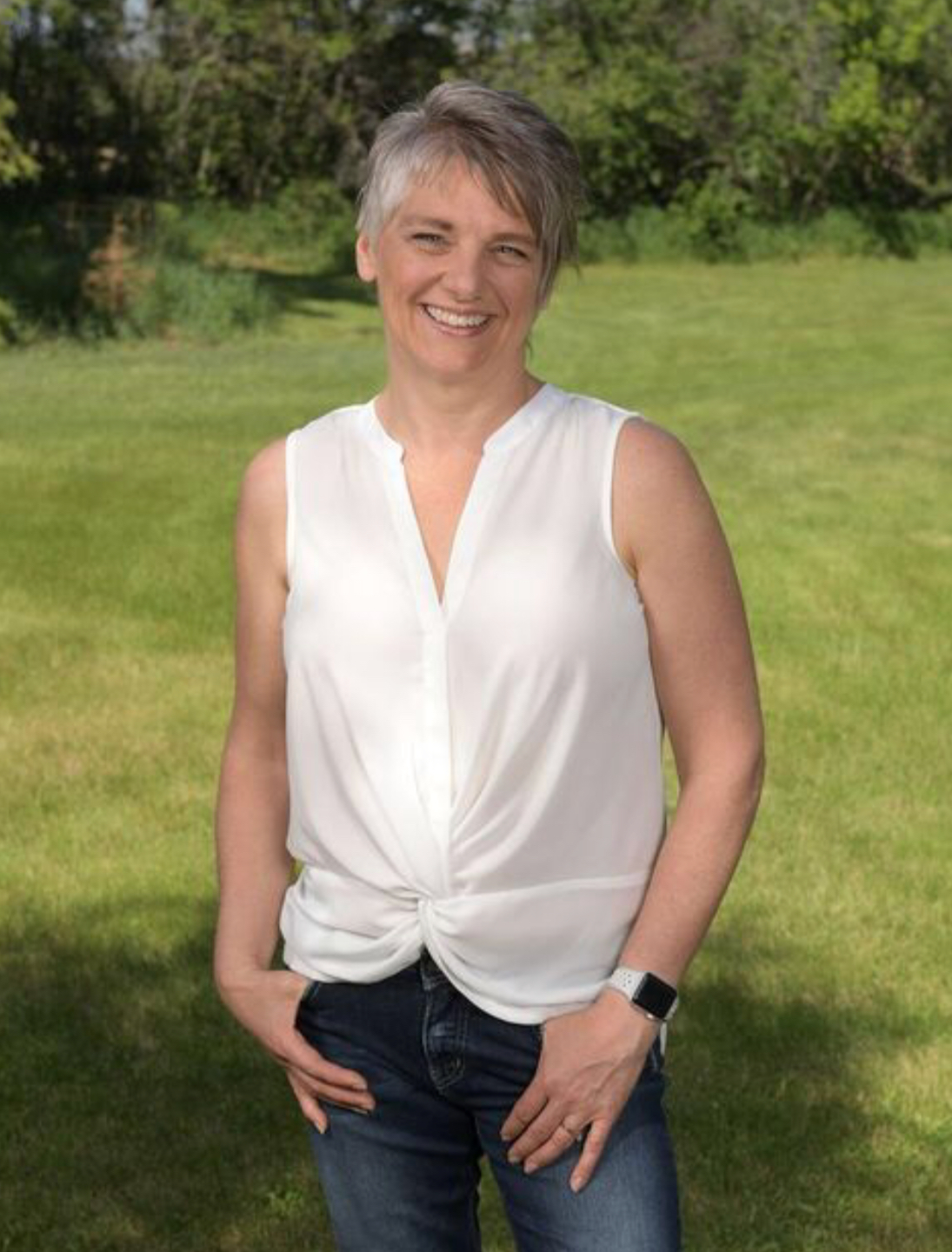